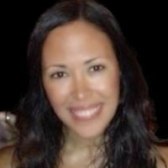 “What I like about the Yoga Therapy Retreat is that it includes everything for healing,” says Kalyani (Evy) Zavolas Wallis.  Rest and rejuvenation, healing, big openings, deep inner work and calming physical kriyas describe her experience.  It feels like she hits the reset button and gets re-established in a steady practice routine.  She says, “I feel so blessed to be able take this time for myself to do the inner work and to have time with Swamiji.”

Each day begins with chanting Sri Guru Gita, followed by an asana class.  After that, you have a private vichara session (guided self-inquiry).  Kalyani is especially appreciative of the rest periods that are built into the day because they allow “all the changes to seep in.” She explains, “Doing vichara every day, you get into some really deep stuff.”

There are also teachings with Swamiji, chanting and meditation and a private yoga therapy session every day.  Kalyani emphasizes the importance of time for resting, even naps: “To me, it was like heaven, because I had that time for things to integrate.  You’re getting so much and need the breaks to let it sink in.”

Kalyani has gone to the retreat all three times it has been offered at Lokananda! She keeps taking this intensive because she has had such good experiences.  Kalyani remembers taking a similar course at the Malvern PA studio way back before Swami Nirmalananda was a swami.  It included daily vichara and yoga therapy sessions.  She was incredibly grateful to get two yoga therapy sessions from Swamiji when she was still called Rama.  “She was doing things I had never seen before,” said Kalyani.  She was so happy to see the ATT Yoga Therapy trainings reintroduced in the past couple of years, with even more juice to it.  “I see there is one coming up in November,” says Kalyani.  “If I can swing it, I will be there.  It’s another five days of diving deep inside.  I would like to take every single one.”

In April 2017, Kalyani was drawn to take the intensive because she had fallen into a deep depression.  She knew the course would help her get through it.  The Vows Preparation Course, unveiled some deep personal stuff and uncovered the depression.  In addition, her father-in-law passed away, she got the flu and lost a lot of weight.  Following Swamiji’s recommendations, she got a health care team to support her and began to heal.  “Once the intensive came up, I was feeling a bit better, I knew it would be powerful enough to keep my healing going.  And it would be gentle enough so I could handle it,” says Kalyani.

There was a lot of fear in her depression.  With Swamiji present every day for teachings and leading practices, Kalyani had the chance to talk with her about the fear.  The vichara sessions also helped her look at her fears and understand the thought processes behind them.  Daily Embodyment® sessions gave her the experience of bliss.  And more — she got a personalized set of practices to take home.  Then she regained her appetite and her immune system improved.

Kalyani’s husband joined her at the next Yoga Therapy Retreat.  He especially liked all the yoga therapy sessions.  Even for someone who isn’t into the chanting, he was still able to enjoy it and didn’t find it overwhelming.  Swamiji and Vidyadevi each gave illuminating talks that included information about the body, pain and the power of Ujjayi Pranayama.  Students learned about the importance both their physical and subtle bodies in healing.

“The retreat is a reboot, a delicious time out,” says Kalyani.  “Upon returning home, I felt that I was starting fresh.  It’s a great way to get back into my practices when they have fallen away.  When I was depressed, I just couldn’t do them.  This retreat put me back into the practices.  It was a new lease on life and on my practices.” Kalyani recommends this intensive for anyone who needs rest and rejuvenation.  “It’s very personalized,” says Kalyani.  “It’s a deeply opening retreat.”

Our next Svaroopa® Yoga Therapy Intensive Retreat is November 15-19 (and spans Swamiji’s birthday).